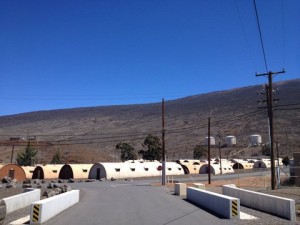 Sheriff Firearm Range — The Big Island Sheriffs have a new option for firearms training, thanks to an agreement with the U.S. Army Garrison Pohakuloa.

PTA’s ranges are primarily used for military combat readiness. In an effort to develop stronger partnerships with state and county law enforcement, PTA offered the use of their range to state Sheriffs as well as county police.