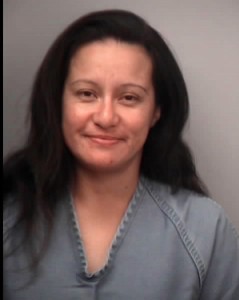 Inmates in the extended furlough program live and work outside of the facility but must check in at various times each week.

Tasha was serving time for Theft, Forgery, Burglary, ID Theft and Fraudulent Use of a Credit Card.  Escape 2 is expected to be added to her charges. Her next parole hearing is scheduled for this December.