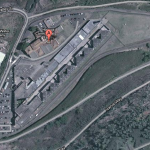 NOW ACCEPTING ELECTRONIC DEPOSITS INTO THE INMATE TRUST ACCOUNT: Effective October 18, 2022, sending monetary donations to the Inmate Trust Account is made easier through GTL/ViaPath Connect Network.  For more on the service click here.

In order to mitigate overcrowding, there are about 1,400 male inmates from HCF that are housed in one out-of-state contracted facility in Arizona.

Among the programs offered at HCF are a broad range of education classes, substance abuse treatment and sex offender treatment services. In-facility work line positions, as well as work opportunities through Correctional Industries are available.