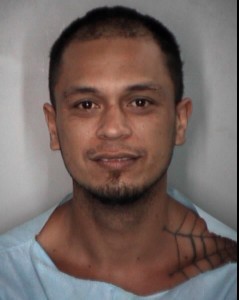 Coburn Kaimiola was arrested on a warrant by Hawaii Police on November 21.  He was returned to HCCC yesterday.

Inmates in the extended furlough program live and work outside of the facility but must check in at various times each week.

Coburn was serving time for Unauthorized Control of a Propelled Vehicle, Promoting a Dangerous Drug, and Prohibited Acts Related to Drug Paraphernalia.  Escape 2 is expected to be added to his charges.

His next parole hearing is scheduled for December.