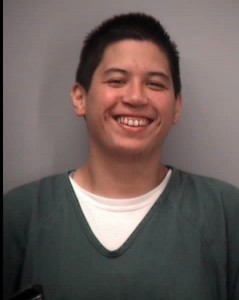 On November 25, Nikki was out on a work furlough pass and failed to return to the T.J. Mahoney furlough home at her scheduled time after work (3:15 a.m., November 26).

TJ Mahoney and Associates is a contracted furlough program for female offenders with the Department of Public Safety, which currently has a capacity of 33. The home is located within the Honolulu/Kalihi area. The women are required to obtain employment in the community, complete Life Skills classes, complete 12 hours of community service each month, and attended AA/NA or other community support groups while in the program. The women can also seek to further their education while in the program, by attending college or vocational classes. They are expected to successfully participate in the program for a minimum of 6 months before being considered for parole or extended furlough.

Nikki was serving time for Forgery and Identity Theft. She is now pending an escape charge. Her next parole hearing is scheduled for this February.